It’s summer, which can only mean one thing – a new season of concerts at the Jones Beach Theater. Have you booked a ride to your favorite shows yet?

UPSCALE LIMOS TO MAKE EACH CONCERT A MEMORABLE EVENT

Concerts in NYC are some of the biggest spectacles in the world, from Madison Square Garden to Nassau Coliseum to the Bowery. However, if it’s fun in the sun you’re after, then no venue can match the outdoor Jones Beach Theater for sheer entertainment value. No matter which performance you’re attending, you deserve to ride in style with a full S&G Limousines package.

When you book with S&G Limousines, you’ll have an unrivaled selection of luxury vehicles ready to take you to and from the show. We’ve got everything from iconic Rolls Royce limos for romantic concert dates to large stretch SUVs and party buses that can hold your large group of up to 40 concert-goers. With every booking, we offer not only world class transportation but also scheduling flexibility, impressive in-car amenities, and the most professional chauffeurs in the city.

If you’re thinking about a taxi to Jones Beach, then think again. Dealing with aggressive drivers or rude attitudes can put a serious damper on your concert experience, but S&G Limousines works to heighten the occasion. With our superior chauffeurs at the wheel, you’ll be able to focus on having a good time and avoid worries about designated drivers, congested traffic, and other common problems on your way in and out of Nikon.

This year’s Jones Beach schedule is slated to be one of the best yet, with many traditional favorites coming back for another year and new acts making their first appearance. Rock, R&B, Country, and Metal – name your genre and there will certainly be a show for you this summer:

Whether you’ll be at 10 Jones Beach shows or only 1 this year, S&G Limousines has your upscale transportation under control with our unique blend of luxury, flawless vehicles, excellent chauffeurs, and peerless professionalism. To learn more about our concert packages, take a look at our vast selection of vehicles and our wide service area or simply give us a call at (866) 592-0398.

At S&G Limousines, we want your Jones Beach experience to be a complete success, including your travel to and from the venue. Let us show you why we’re Long Beach’s preferred limo service for summer concerts at Jones Beach Theater.

Sorry, the comment form is closed at this time. 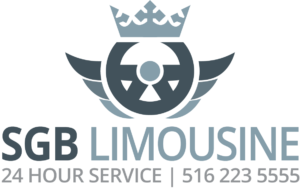 In an effort to prevent the spread of COVID-19, we have implemented the following procedures and precautions:

-Each vehicle is equipped with hand sanitizer and disinfectant wipes

-Each vehicle is sanitized before and after each ride

- For more information on how to stay safe, visit the CDC webpage.